On Monday, Danny Schatz passed away after a multi-year battle with cancer.

The Schatz family has left a historic impression not just in the world of Midwestern race tracks but in the entire world of motorsports. Danny Schatz was a Sprint Car driver in the 1970s but it wasn't his skills behind the wheel that would impact the sport, it was what he created with his son Donny that would dominate racing for decades.

That's Danny's son Donny in the Armor All suit standing alongside fellow racing legend Tony Stewart. A young Donny won a pair of World of Outlaws titles driving his parent's car before joining Tony Stewart Racing.  Donny would go on to become a 10-time champion with over 300 career wins.  A documentary on Donny's life and career is titled FIFTEEN and is scheduled to be released on July 11th.  Watch this trailer from Donny's YouTube channel.

This is from the official World of Outlaws website.

No matter who you talked to, the sentiment would be the same — no one’s like Danny Schatz, no one tougher. A devoted husband, loving father and successful entrepreneur, Danny raised and built Donny Schatz into the 10-time World of Outlaws NOS Energy Drink Sprint Car Series champion he is today. 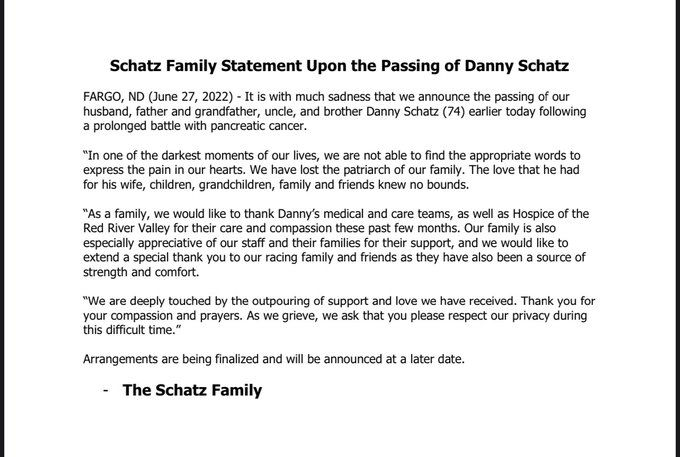 But racing wasn't the only success story for the Schatz family. At age 25 Danny and his wife Diane created an incredibly successful truck stop business in Minot called Schatz Crossroads Truck Stop. Anyone from the Magic City can tell you it was the go-to spot after the bars closed.  If you wanted to get in a fight or just get something in your gut, Schatz was the place where everyone would meet. Let me say that Donny may not have been the best thing Diane and Danny ever created.

The also legendary #99 from Schatz Crossroads 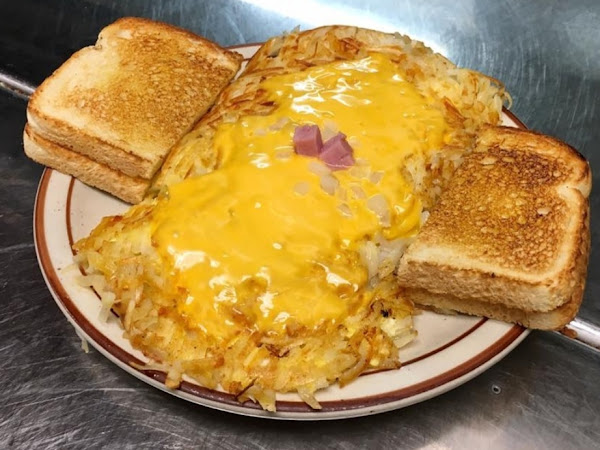 Our thoughts go out to the Schatz family.

Just because they're famous doesn't mean they don't get scared.

Based on Strength of Schedule, the Minnesota Vikings have a favorable season ahead!