On Monday, September 12th, the North Dakota Department of Corrections and Rehabilitation issued a press release saying a major bust had occurred when parole officers were doing a probation search.

During the search, officers found nineteen firearms, a substance consistent with methamphetamine and several paraphernalia items.

Hatzenbuehler was charged with possession of a firearm by a felon, a Class D felony.

Hatzenbuehler had since been on supervised probation in Stark County.

The second man, Daniel Granger was found at Hatzenbuehler’s home in the shed, located in the backyard, presumably hiding. He was arrested on site and had a confirmed warrant out for his arrest as well.

Both men are being held in the Dickinson Adult Detention Center.

Reports, evidence and pictures were sent to the State’s Attorney’s Office for charges.

North Dakota being a relatively safe state, you don’t see this kind of thing too often. It goes to show you never know what is going on behind closed doors. I can’t imagine how Hatzenbuehler’s neighbors felt watching police haul out 19 firearms and drugs from their neighbors home.

We can all rest a little easier knowing these men are off the streets. I’d like to give a big thanks to all the different police agencies for their hard work and keeping North Dakotans safe.

Get To Know The North Dakota Interstate Highway Nobody Knows

In Minot – An Uninvited Cow Moose Sauntered Over

Best of the Web 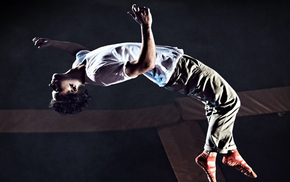 Welcome back to Super Talk 1270

It appears that you already have an account created within our VIP network of sites on . To keep your personal information safe, we need to verify that it's really you. To activate your account, please confirm your password. When you have confirmed your password, you will be able to log in through Facebook on both sites.

Welcome back to Super Talk 1270

It appears that you already have an account on this site associated with . To connect your existing account just click on the account activation button below. You will maintain your existing VIP profile. After you do this, you will be able to always log in to http://supertalk1270.com using your original account information.

Please fill out the information below to help us provide you a better experience.